Will You Sit Next to Me Here at the Lunch Counter?

Are you old enough – or, if you are younger, did you ever read about – the earliest days of the Civil Rights struggle in this country?  Back on February 1,1960, in Greensboro, North Carolina, four young black men staged a “sit-in” at the lunch counter of a Woolworth store. Of course, that lunch counter was for“Whites Only,” but those brave young men came in and sat on the stools and tried to order a simple Coca-Cola (which they never got).

And there were plenty of white folk in that city who said, “Well, let them go someplace else to buy a Coke. There’s other places that serve their kind.” But in time, as we know, justice prevailed.

One aspect of that injustice – perhaps, at the time, a rather subtle consideration– was this: That Woolworth store was protected by a police force, and a fire department, and a city ambulance service, and a public works department (the roads and sidewalks), and a court system (to deal with anyone who robbed the place), all of which were paid for by city taxes. And those city taxes were paid, in part, by all the black families who lived in that town.

So, even though significant part of that town was “off limits” to black folk,nevertheless black citizens were compelled to pay taxes to support all those businesses and government buildings they couldn’t use.

Now, this would be merely a shameful incident from our nation’s past… except it is happening all over again, and it promises to get worse.

It started with bakeries refusing to bake wedding cakes for same-sex couples, but it’s not stopping there. No, the legislatures of several states are busy passing laws permitting business owners to refuse service to LGBT folks. Their thinking is simple: They want to turn North Carolina and Texas into one big “lunch counter” where we LGBT folks can be turned away.

If they get their wish, there will be bars and restaurants and stores and gas stations and government offices that are “Straight Only,” but you – LGBT taxpayer that you are – will still be expected to pay your full share of taxes to support and protect all those places where you are refused service.

So when you get fired from a job (for being LGBT), or refused a chance to rent an apartment (for the same reason), and you are made homeless and destitute, the cause will be discrimination that is fully legal under the laws of that state.And you will get no discount on your taxes for being a second-class citizen.

What I have said so far is only half the injustice. There is also this.

So ask yourself: As to all those citizens who voted for the politicians who allow us to be refused service…where will you find them on a Sunday morning? You will find them attending the Full-Gospel, Baptized-in-Bigotry Church of the Bible-Thumpers, that’s where. And standing up in front of all those True Believers – and delivering a sermon that condemns us LGBT folk – is a Pastor whose salary is paid by his church.

And that Pastor’s salary is bigger and richer than it would otherwise be, because that church (like all other churches) is exempt from paying local real estate taxes (and Federal taxes, too). So, you… currently-out-of-work-and-homeless-LGBT-person that you are (who got lawfully fired from your job and evicted from your apartment) have to pay Extra Taxes in order to make up for the taxes Not Paid by that Pastor who slanders you.

Does that seem fair? No. Of course not. If that church gets the benefit of police and fire and roads and snow plowing, then they should pay local taxes just like the pizza shop and the Starbucks and the movie theater in that town. Nobody should have to subsidize the salary of that hateful preacher, least of all us LGBT-folk who suffer so much because of his bigotry.

We pay the same taxes as everybody else, and we deserve – we have purchased! – the same right to patronize all those open-to-the-public businesses supported and protected by local taxes.

And most important, it’s time for churches – especially those churches which pretend to share a message of love and brotherhood – to pay the same taxes that everybody else pays. Every little diner and coffee shop and seamstress in my town pays those taxes, and no one is asking any church to pay any more than what everyone else pays.

Yes, let the churches pay the same taxes that the lunch counters pay. It’s only just. 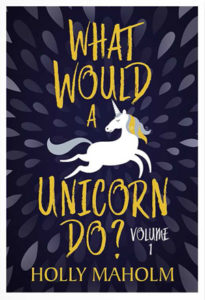